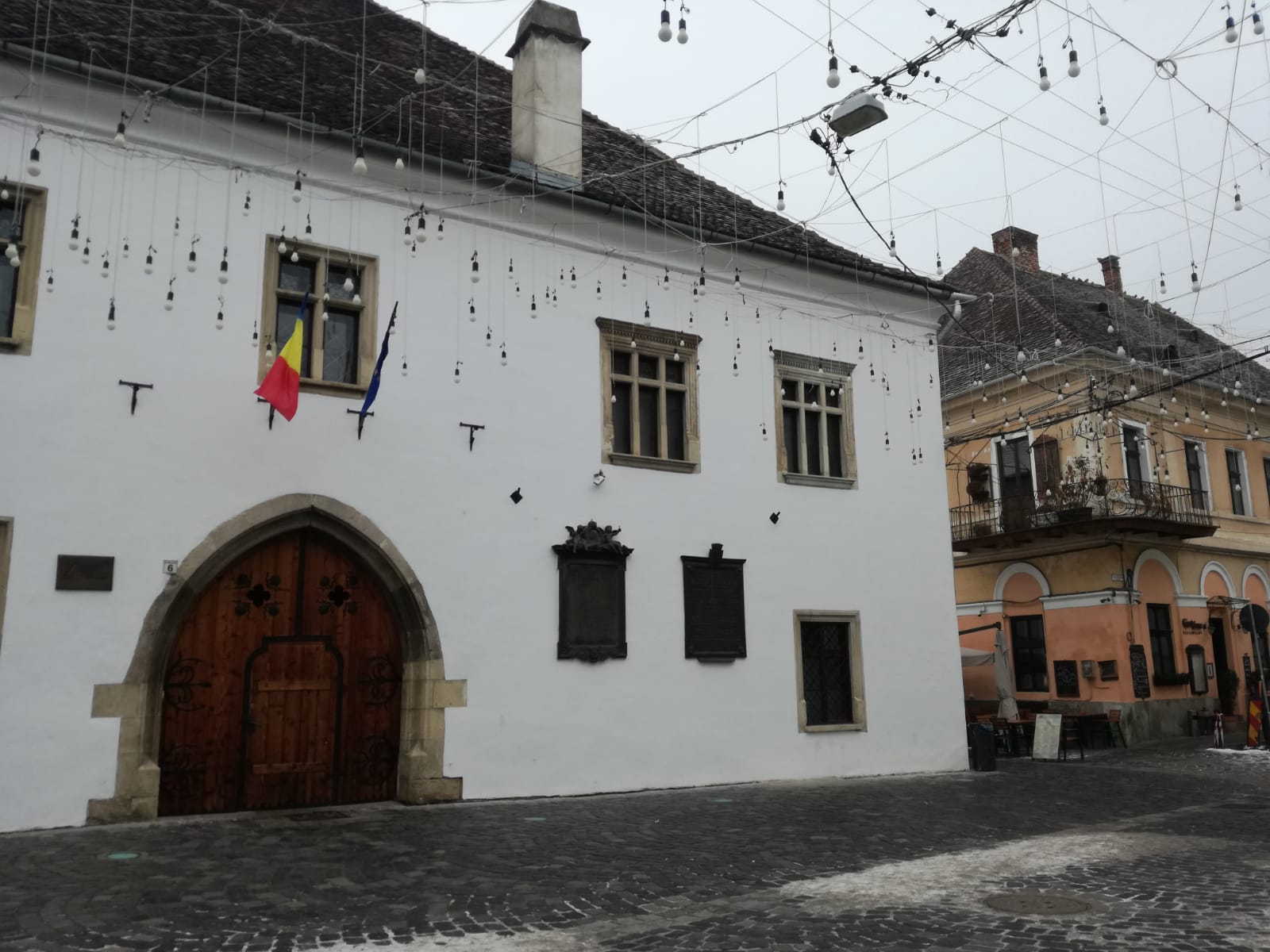 We flew in on Saturday to enjoy the city of Cluj at the weekend. On Sunday we went on a walking tour with a local guide. We learnt that Cluj is a lively city, famous for its university and numerous events. Curiously, it is also the most expensive city in Romania, despite it not being the capital!

The meeting took place on Monday and Tuesday. We worked with most of our partners on a few projects before. However, it was the first time to meet a Norwegian organisation. Family Volunteering is, in fact, Norway’s first Erasmus+ project! There was a great atmosphere in the room and our Norwegian partners raised much curiosity about their country and traditions. (Speaking of traditions, we could not mention that apple pie is one of Ireland’s favourite traditions. We raised big expectations for our next meeting in Dublin!)

The meeting focussed on several aspects of the project, such as budgeting, timing, tasks and so on. What was condensed into 2 days will take 2 years to develop! We brainstormed, discussed and planned the project. We also agreed a definition of family volunteering, which might seem like an easy thing to do! Each country brought forward different interpretations of family. For example, the Croatian and German partners mentioned intergenerational exchange such as getting grandparents and grandchildren to volunteer together. Norway mentioned elderly people needing care and attention, whereas Ireland also included same-sex couple and families. This project aims to encourage families (of any age and gender) to volunteer together for a common purpose, strengthening family bonds while helping others out.

Challenges and risks were also discussed. For example, in Romania, under 15s are not allowed to volunteer. This limits the research to families with children that are 16+ or none at all. Norway also mentioned the challenge of involving the elderly into volunteering, as they often prefer to stay at home and find it difficult to get out of their comfort zone. It is important for each country to assess its risks and challenges to clarify and prevent any issues before the beginning of the project.

During the meeting, each country was given tasks to carry out. The first task (that we would call I01) will use surveys and questionnaires to test people’s knowledge and interest in Family Volunteering. Then, a pilot phase (I02) will follow during the Summer months, with events and initiatives to involve families into volunteering.

The meeting concluded with a plan for our next meeting in Dublin in March, where we will discuss progress on our first task (I01) and plan IO2 more thoroughly. We look forward to meeting our partners again and to showing them what a real apple pie tastes like!